Pitfalls of and Techniques to Surmount Non-Compete Agreements for Executives

Pitfalls of and Techniques to Surmount Non-Compete Agreements for Executives

By Robert A. Adelson. This article was originally published in CEO World Magazine on August 10, 2017.

Chances are that as a CEO or other senior executive you are currently subject to a non-compete agreement, one that includes restrictions on your ability to compete with your employer after separation. Non-competes are upheld to some extent in 47 states and the District of Columbia. The exceptions are California, North Dakota and Oklahoma, each of which broadly prohibit non-competes for employment.  However, even California allows for enforcement of non-competes in connection with the sale of a business but not on simple termination of employment.

This article discusses both the coverage and pitfalls of non-competes but also offers techniques for the CEO and senior executives to surmount non-competes and protect your career including the following:

The laws of Massachusetts on non-compete agreements are typical of most states.  Subject to certain limitations, Massachusetts law allows agreements that prevent an executive from engaging in a business competitive with his or her employer for a certain period after termination of employment.  To be enforceable, a non-compete must

The Massachusetts Supreme Judicial Court has held – “A covenant not to compete contained in a contract for personal services will be enforced if it is reasonable, based on all the circumstances. In determining whether a covenant will be enforced, in whole or in part, the reasonable needs of the former employer for protection against harmful conduct of the former employee must be weighed against both the reasonableness of the restraint imposed on the former employee and the public interest. If the covenant is too broad in time, in space or in any other respect, it will be enforced only to the extent that is reasonable and to the extent that it is severable for the purposes of enforcement”. All Stainless, Inc. v. Colby, 364 Mass. 773 (1974)

Additionally, enforcement is subject to the material change doctrine.  “Each time an employee’s employment relationship with the employer changes materially such that they have entered into a new employment relationship, a new restrictive covenant must be signed.”  Lycos, Inc. v. Jackson, 18 Mass. L. Rptr. 256, Mass. Super LEXIS 348 (2004).

Considering the three key criteria laid down by the courts and statutes, this further guidance is offered: 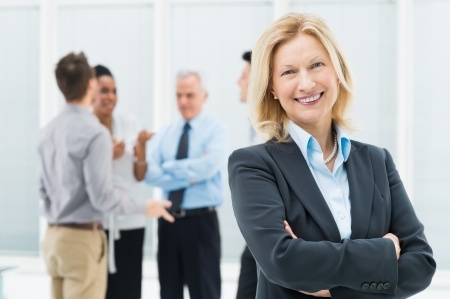 Benefits to the Employer and to the Executive

In general, your employer benefits more from a non-compete agreement than you do. Restrictions on your ability to compete provides protection from unfair competition created by your use of your employer’s proprietary information. Taking a non-compete agreement lightly, therefore, may have a significant and long-term negative impact on your future ability to continue working in your profession or line of business.  Prospective employers will often inquire if you have a non-compete and want to review its terms.  Thus, even if suit is not brought against you, the non-compete can have a chilling effect that deters a prospective employer from hiring you.

However, you as the CEO or senior executive can also derive benefit from a covenant not to compete:

Covenants not to compete become relevant when considering a job offer, facing changes in organizational control (through merger or acquisition) and leaving a job (especially via wrongful termination). The employer has every incentive to protect itself from the loss of intellectual property, trade secrets and other confidential or proprietary information. You, on the other hand, are as motivated to ensure that the restrictions imposed by a non-compete agreement are reasonable and do not place overly restrictive, unfair limitations on your career.

Tension Between the Employer’s Interest and Yours

The tension in the non-compete terms is often between two separate employer objectives – one legitimate the second illegitimate:  first, protection of the employer’s hard acquired trade secrets, vs. the second, keeping a CEO or senior executive out of their market because they know that executive would be a tough competitor.

It is a legitimate business purpose for a company to protect its trade secrets and to seek to prevent an executive with intimate knowledge of those secrets from letting its competitors use that knowledge against it.  Trade secrets are not just inventions or the “secret sauce,” but any proprietary knowledge or advantage in business that the employer maintains as a trade secret.  This could include pricing terms, customer buying history and specifications, new developments, business strategy and marketing plans.  It is not legitimate for you, the executive, to try to cash in on trade secrets by courting new employers with the promise that you know your company’s plans and are thus best positioned to help the competitor defeat them.

What is not legitimate for the employer would be to use the non-compete to lock you up to make sure your prior knowledge and talents cannot go over to the competition.  Executives are very often hired because of their prior training, knowledge, skills and track record in the industry.  Normally, it is not legitimate for the employer to shut down the executive for one year or more in the industry or market segment of his greatest knowledge and effectiveness.

The one exception where the CEO or senior executive could potentially accept such a lock up or shut down is when the employment contract earmarks sufficient compensation to the executive during the non-compete period so that the executive is paid not to go to a competitor.

Yet, even if there is a fully paid non-compete in place, you should negotiate hard over the limits and terms of the restriction. This negotiation can cover particular positions and types of work for which you are restricted and industry segments in direct competition.  The contract might even list 4-6 direct competitors of gravest concern or bar the executive from forming a company in the precise field or going “in house” taking a position with one or more of the company key customers that can also be listed in the contract.

When you enter into a non-compete agreement, you should have a plan in mind for where you can work, the markets and market segments where your skills would be in demand, during the 12 or 18 months of the non-compete period.

Seeking Executive Indemnity When You are Taking a New Position

Often when taking a new position, the executive will be asked to represent that he or she is not subject to the terms of a non-compete or that his or her new employment will not be in conflict with an existing non-compete.  If you as the executive are in a situation where you are being heavily recruited for a new position, this is a clause you want to pay attention to.  Often the enforceability of a non-compete is unclear.  It may be overbroad and sometimes not enforceable. Yet, the old employer may try to enforce it and seek an injunction that could put you out of work with no rights or severance and a black mark against you as you now have to seek new employment.

In those circumstances, you as a candidate should not make the desired representation that there is no conflict.  Instead, both parties need to acknowledge the presence of this other agreement, and both parties also affirm their belief that it poses no conflict.  But for critical protection, you should seek an indemnity and hold harmless so that if the old employer does bring action, your legal fees in defense would be covered and you would receive some settlement or severance from the new employer if an injunction does issue.

Non-Solicitation and Other Important Restrictive Covenants

Besides the non-compete agreement, careful review should also be undertaken over these key restrictive covenants:

To avoid these pitfalls frequently encountered by senior executives when entering into a non-compete agreement, you would be well-served to retain counsel experienced in executive employment agreement matters capable of negotiating clear boundaries that will enable you to continue working in your chosen field.

Massachusetts Non-compete Agreement Attorney, Robert Adelson, is committed to protecting the important interests of CEOs and senior executives. Email rob@attorneyadelson.com or call 617-875-8665 for an initial consultation.