Below is an article by Robert Adelson and Lawrence Stybel that was first published in the California-based webzine Always On, over two days, April 8 and 9, 2008, dealing with the negotiating executive compensation packages including pay raises, equity and improved employment terms in the current employment of the C-Level Executive and re-negotiations of existing employment agreements.

When Is A Deal Not Necessarily A Deal: Renegotiation Of Employment Agreements

By Robert A. Adelson and Laurence J. Stybel

Boards and CEOs don’t like executives who say, “Remember, that employment agreement I signed when I came aboard? I’d like to renegotiate.” At the same time, an agreement that was barely acceptable at the time of hire may now be such a source of anger, it is detracting from commitment and drive. In our work in complimentary fields, the position of the authors is that it is really in the interests of both parties to deal with the issue and move on or for the executive to move out.

WHEN IS IT APPROPRIATE TO ASK FOR A RENEGOTIATION?

All hiring decisions involve risk, even internal promotions. The risk for the company is that the leader will fail to achieve job objectives. That the failure was one of executive’s inability to meet the needs expected or incompatibility to work with the team or other parties needed for success. An important victory gives the company new information that its gamble was a prudent risk. 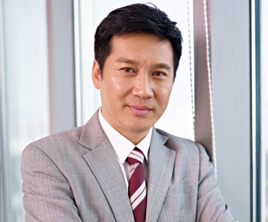 This victory is not always achieving the objective set by the company. A victory can be the establishment of a positive track record with the company. This may judged to have occurred if the executive has shown mastery of the mission and an ability to work with others and motivate staff to the tasks set. Sometimes victory is not possible because of hurdles that arose beyond the executive’s control, but if the executive is moving his department in the right direction and become compatible with those he deals with, the company may judge this a victory in making a solid hire that will pay off in the long run even if not immediately.

Opening up discussions in the wake of an important victory is the most powerful way to begin renegotiation discussions. At this point the executive is no longer an unknown commodity. He or she has proven to be a good manager and contributor to the operation – the hiring has proved to be a good one and the company wants to keep you in place and motivated to continue the path to success.

A second reason why the wake of victory is a good time to begin discussions is that the company knows that your victory makes you more desired in the market for talent. The threat of leader departure is heightened.

Just as the Company took a chance with the executive not knowing if he or she would work out, the executive too did not know if success would occur.

As indicated above, if the executive accepted a position when his or her bargaining position was not the best and accepted terms barely acceptable, the knowledge acquired on the job may enhance the ability to make a case for renegotiation when the victory is achieved. This is even more the case if the executive is approached by recruiters and has prospects with other firms and determines his current deal with the company is below market. 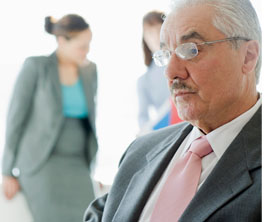 For example one of our clients was a VP Sales who accepted terms and relocation of his family across the country and accepted far less in terms and equity than we sought for him in negotiations. He had no other offer and accepted these terms out of necessity. However, a year later after victory was achieved, we were able to re-open negotiations over points previously sought unsuccessfully in the original negotiation. At the time of that renegotiation the company the company was ramping up toward a liquidity event. The executive was now a known and valued player. The company did not want to risk a disruption. The executive knew the value he brought to the company, and knew too his deal was below market. If he could not enhance his share in success with the current employer other suitors could offer a better option. In those circumstances, re-negotiation offered the best course for both sides.

Another subcategory of information about the company comes when the leader knows that the employment contract lacks internal equity and that knowledge is sapping morale. Chief Human Resource Officers, Chief Financial Officers, and Chief Legal Officers all have legitimate reasons for knowing the terms of employment contracts negotiated by the company. If the Chief Marketing Officer is going to get two years salary continuation plus a choice of executive outplacement services and the CFO is going to get six months severance plus a three month outplacement workshop, that is an internal inequity that can sap morale..

Changes in reporting relationships can all trigger a request for renegotiation of the employment contract. For example one of our clients was VP Development for a chemical company. The CEO was fired by the Board and replaced by a venture capital partner who was not as familiar with the industry as the VP Development. This new CEO had a track record of having a short temper. In the wake of this new decision, the CEO and the Board reluctantly agreed to a change of employment contract.

Changes in corporate strategy can also trigger renegotiation discussions. The classic example is that at the time of hire, the strategy was to aggressively pursue acquisitions and grow. The new strategy is to position itself to be acquired.

Under circumstances of such change, the Company may want to avoid further disruption as it absorbs the new CEO and corporate strategy. Likewise, when a company is “in play” for acquisition, retention of core management is key to value retention for the acquisition. With those or other such changes in company strategy and mission, it’s right and appropriate for an executive to seek the security of some form of retention incentive to compensate for the new risks he or she is asked to take.

We find that leaders are too optimistic about their ability to adapt to new strategies and reporting relationships. The first victories or positive track record were achieved working with the prior CEO or prior strategy or circumstances. The executive now faces a risk that his or her success will not be repeated. This could happen after a new CEO is established and wants “his team” and seeks the executive’s replacement as a matter of convenience. Getting the advice of an outside counsel who knows the industry and knows the leader can be useful to overcome this natural tendency to delude oneself that “there isn’t any mountain I can’t climb.” Such counsel can advise when the time is right to seek appropriate protections under the changed circumstance

WHAT TO NEGOTIATE FOR?

In the initial discussions, its wise to have and executive or management coach involved, but certainly when discussion evolve to the point where the executive will be reviewing or suggesting employment terms it is wise for the executive to then retain the services of an attorney who specializes in employment law to strategize what ought to be renegotiated and what is not worth renegotiating.

While we recommend utilizing an attorney to help strategize what is possible, it is best that the attorney be kept behind the scenes. The introduction of an attorney can set up an unnecessarily adversarial process.

There are exceptions that justify broader and more open use of the employment attorney. One exception is if the leader is going to be negotiating with a peer and that peer can get harsh during negotiations. In the interests of preserving smooth working relationships in the future, the leader might say that the attorney is representing the leader so that the leader can focus attention on achieving company goals. Another exception is where the attorney was previously engaged in the original employment negotiations, and the employer is thus conditioned to expect such attorney would be involved again, which we have seen to be the case in other representations. A further exception is a combination, where the executive begins the negotiations without the attorney present but as the negotiation is developed the executive’s attorney gets introduced into the situation

While this article describes the process of employment contract renegotiation, we don’t’ advice using that word. Companies may want to take the position that it does not renegotiate employment contracts. A renegotiation could set a precedent. We recommend using a more neutral phrase like “reviewing a few details of the employment agreement in light of new information” or even shorter “Updating employment terms to keep them current with new information and developments”. For the equity piece of the negotiations, it’s often called “refreshing the equity piece” or “recalibrating equity to provide the desired current incentives.” Such refreshing or “reloading” of equity normally is expected after down rounds or depressed market prices put executive options “under water”. Hence, use of that term is expected in the employment context and useful here. The leader may offer to agree to a confidentiality agreement stating that terms will not be discussed with others.

For this reason, it is suggested that leaders not confide to their colleagues that they intend to “review a few details….” This is another reason why outside counsel is a good idea at this time.

TIME TO LEAVE? (BE PREPARED)

Asking to reopen the employment contract negotiations will not endear leaders to CEOs or to Boards in the short term. In the long term, such leaders might gain respect as tough negotiators and confident.

Hence, it is wise to commence at least initial exploration of alternatives both to know better your value in the current market, but to also be prepared if the effort at renegotiation, however phrased, leads you to look elsewhere.

Renegotiation of an employment contract should be done from a position of strength and a willingness to follow through. Don’t play this game unless you are prepared.