This article was published in CEOWorld Magazine on May 28, 2019.

Unlike CEOs and CFOs, not every company has a Chief Operating Officer, and not every COO has the same responsibilities, span of control, decision rights, and position in the reporting structure. There is not a standard job description for COOs. Therefore, should you be offered a COO position, it is important to understand your expected role at that particular company and negotiate a COO employment agreement to protect your interests to be in the best contractual position to perform that important role in the company and receive compensation and benefits commensurate with the services you expect to provide.

COOs are most often seen as the executive who oversees all areas of operations, including production, marketing and sales, and research and development. The role also involves designing and implementing business operations, establishing policies that promote company culture and vision, and overseeing operations of the company and the work of executives.

The CEO with the Board sets the Company’s business plan, represents management to the Board, the shareholders, strategic partners, the press and the public. The COO becomes the Mr. Inside while the CEO is the Mr. Outside. The COO is typically number 2 after the CEO in the organizational chart, the executive officer primarily responsible for operationalizing the CEO’s vision and make it a reality. In large corporations operating in highly competitive industries, the top job managing operations is so complex and intensive that it sometimes needs two people to do. The COO takes responsibility for delivering results on a day-to-day, quarter-to-quarter basis, while the CEO deals with the external commitments for the corporation.

But sometimes, in lieu of the normal functions or more often in addition to them, the COO is hired for reasons specific to the company’s situation:

Thus, taking the COO role, you want to be clear on the expectations and responsibility you undertake in this role. 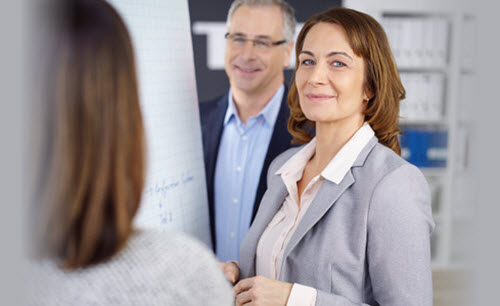 The COO and CEO work very closely, and often complement each other. For the duo to work well, there has to be trust and personal chemistry between them. When the two have overlapping competencies, it is particularly important to clearly define each person’s responsibilities, so that the CEO would be barred from overstepping the COO’s authority, or second-guessing his or her decisions.

Even where your duties don’t overlap the CEO, to ensure a successful outcome for you as well as the company, it is still better for your COO employment agreement to contain terms that delineate the nature of the position, its duties, responsibilities and authority within the organization.  In terms of reporting structure, the COO employment agreement should state whether you would report to the CEO only or the Board and CEO. It you are taking the role of mentor to the founder-CEO, you would likely report to the Board directly. If possible, you might even obtain a seat on the Board where the company permits two management seats.

It is especially important to delineate your duties, responsibilities, authority and reporting so that if the there is a change in CEO or on the Board, your role is established and remains clear. If the Company later tries to curb your role, to something you did not bargain for coming in, proper terms in your employment agreement may allow you to trigger termination for good reason and your severance rights if the New CEO or Board fails to honor the terms of your contract.

Thus, even if you have excellent rapport with the CEO and a strong champion on the Board, things can change.  If they do, you want to have your duties in writing and enforceable.

In addition to your duties, authority and reporting, your COO employment contract should also address representations made by the employer that were significant reasons for your decision to accept the position.

For example, if you are the heir-apparent to the current CEO, you may negotiate terms that indicate when and how the succession would or would not occur.  Properly stated, your contract would provide that if you have done all that was required and you are not elevated to CEO with the ensuing compensation and benefits of that position in a timely manner, such failure of the Board would be an event that would enable you to terminate employment for good reason and trigger severance if you would then wish to leave for another position, perhaps an offered CEO position elsewhere.

It is important to understand that almost all COO agreements have a “merger” clause.  That clause says that all prior or contemporaneous oral or written agreements or assurances are merged into the agreement. How would this affect you? If the CEO or your champion made certain representations about the status of the company, your role or things expected to occur, and you rely on those representations in taking the job, but those terms have not been included in your contract, the company can later argue, based on the merger clause, that it has no obligation to you for such things represented to you. Thus, it is wise to include any key terms on which you rely to take this position.

Getting the right COO Compensation Package

Your COO compensation package should include a signing bonus, equity and severance compensation. The award of bonuses and equity may be contingent on performance or guaranteed. Either way, the terms should be carefully spelled out.

My recent article in CEOWorld on executive compensation packages is quite relevant to your COO package.  Also relevant is my earlier CEOWorld article on Bonus Structure. Taking this position, you likely should seek the types of signing bonuses specified in my article.  You likely also should have a bonus structure geared toward the goals timely set for you on an annual basis by the Board with your input.

Equity compensation is frequently the biggest part of a C-suite executive’s compensation package. This should be structured in a tax-favored manner, making full use of the various alternatives, from ISOs and non-qualified stock options, to restricted stock and RSUs or profits or capital interests in LLCs. If you are playing the role of a mentor to a founder-CEO, the equity compensation can be very substantial as the company grows to its full potential. That would certainly be the case if you are hired in a turnaround situation and you achieve a level of success. 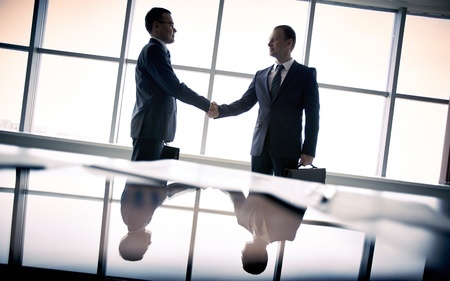 Severance rights to protect the terms of your bargain

The COO employment agreement must also contain severance rights that address the situations where you are terminated without cause by the Company or if you terminate for good reason because the company breached your contract including its failure to honor commitments you relied on taking the position, some of which were mentioned earlier in this article.

The severance terms that should be provided if your severance rights arise should include substantial severance pay (e.g. 12 months base salary, and often more), and many other items as well – benefits continuation, added vesting or acceleration of equity, a prorated bonus, a release from any pay-back obligations on your signing bonus, relocation costs or other benefits conferred to you, outplacement assistance and on occasion relief form terms of a non-compete.

The inclusion of these sorts of reasonable severance terms are an important back stop to assure you coming in that the Company will either honor its obligations to you or make you whole if it is unable or chooses not to fulfill those obligations.  As COO, you are not in a position to compel the Board to honor its obligations if a new CEO is hired and wants his or her own team, or a new direction is chosen and you no longer fit into the company’s plans.  The Company and the Board are always free to make those and other changes as they see fit, and it often happens. But if they do, and it changes your deal, there ought to be a cost – that cost is to make you whole – and, with the right severance terms in your contract, the Board will need to figure in paying that cost, if it does choose to terminate you without cause or do the same thing by means of constructive termination.

COOs come in many varieties. It is important to put in place a COO employment agreement that clearly delineates your role, your compensation, severance and other terms of employment. An experienced executive employment attorney can help you navigate the negotiations and help you protect your interests and career.

I have represented C-Level and senior executives working for companies in Massachusetts and across the country. I am available to answer all of your important questions regarding employment terms, equity, compensation, relocation, retention agreements, severance packages, and where necessary suits over wrongful termination. Contact me, executive employment agreement attorney, at rob@attorneyadelson.com or call 617-875-8665.