Why Founders Get Fired

WHY FOUNDERS GET FIRED

Entrepreneurs are often ousted from the companies they start. Management experts weigh in on why founder succession happens, and how you can avoid it.By EricMarkowitz | @EricMarkowitz | Sep 8, 2011 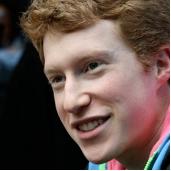 In July, Etsy CEO Rob Kalin was moved out of the top spot at the handmade goods retail website he founded in 2005. It was a surprise shift for a founder who had been ousted from the CEO spot once before.

“Transitions are never easy on the people involved and the company that goes through them,” Fred Wilson, a venture capitalist and Etsy investor, wrote on his blog about Kalin’s departure. “But they are inevitable in any company’s evolution.”

So are start-up founders ill-suited to be CEOs?

Founder-succession is so common- other once-ousted founders include Apple’s Steve Jobs and JetBlue’s David Neeleman-that the country’s top management theorists study why entrepreneurs can’t seem to hold on to the reigns of their companies.

Noam Wasserman, a professor at Harvard Business School, has been looking at the subject of founder succession for nearly a decade. In 2003, Wasserman published his landmark study on the topic titled “Founder-CEO Succession and the Paradox of Entrepreneurial Success,” in which he examined the succession histories of 202 Internet firms.

The percentage of founders that stay on with the company for extended periods of time as the CEO are very low “especially in high-potential ventures,” Wassermen told Harvard Business Review in a 2005 interview. “People like Bill Gates and Larry Ellison, who are able to lead their companies for quite a while, get all the attention because they are rare, not because they are typical,” he noted.

Part of the reason start-up founders don’t seem to make it long-term is “the paradox” Wasserman identifies in his study’s title. Wasserman explains that if a big firm performs well, the CEO will most likely keep his or her job-and be rewarded. But in smaller companies “when founder-CEOs do really well, that also increases the chances that they’re going to be replaced” with an individual skilled to manage the growth, Wasserman says. In short, it’s a lose-lose position for start-up founders; If they perform poorly they’re out, and if they perform very well, they’re out too.

Wasserman says that what helps a founder become so successful in launching a company-his or her passion-can also detract from big picture managerial skills it takes to scale the company.

“The challenges within the company change so dramatically that the person who was best-suited to lead the early stage of company development is no longer the best person to continue leading the company,” Wasserman points out. “Now, the product has to be sold: You have to create a sales organization, manage multiple functions, deal with customers, handle more complex financial issues, and deal with a very different set of challenges for which many founder-CEOs are not equipped…it is precisely their success that has increased the need to replace them at this point.”

Robert Adelson, a partner at the Boston-based Engel & Schultz law firm who represents entrepreneurs in this situation, says founder succession happens most often when the venture capitalist-who has most likely invested with the company under the stipulation that he or she can remove the founder if necessary-feels the company needs to scale faster.

“Typically founders are men and women who are of great passion, but that doesn’t translate into scaling a company and building a large organization,” he says. “The person who took that company from nothing to $5 million has done a daunting job, but that person, in the view of the VC, is very often not the person that will take them from $5 million to $100 million.”

But a founder dismissal is not inevitable. Not all investors are looking to push out founders.

Ben Lerer, co-founder of Lerer Ventures and CEO of Thrillist, says the idea of removing a start-up founder is antithetical to his investment philosophy.

“At the end of the day, I’m betting on a guy or a girl [when I invest], he says.” For me, the idea of the succession is really unappealing, because the reason I invested is no longer there.

So what can a founder do to ensure that he or she will stay with the company in a leadership role?

Chris Yeh, an entrepreneur and investor, says he’ll occasionally receive phone calls from start-up founders who say, “Chris, they’re trying to fire me!” The phone calls inspired Yeh to publish a story in TechCrunch, a popular tech blog, about how to avoid founder-succession.

In the piece, “How to Avoid Getting Fired From Your Own Company,” Yeh makes several recommendations for start-up founders, including: “Start planning your defenses early, get everything in writing, constantly work the key players, the best defense is a good offense,” and “don’t sign anything during the coup attempt.”

“Company lawyers are looking out for the interests of the company, not the founder,” he says. Adelson notes that things like stock liquidity should be very carefully considered when taking on venture capital, paying close attention to what happens to those shares in the event of a termination. Plus, he says, it’s always important to remain on good terms with investors and the board of directors.

“If you’re going to be dethroned,” he says, “be dethroned in a graceful way.”